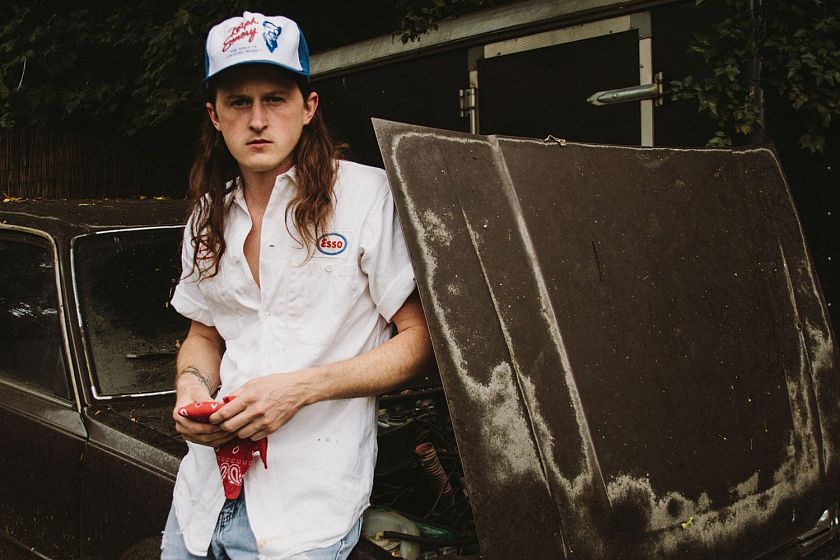 Wade Sapp was born in Pahokee Hospital near the swampy prairie land of his hometown of Okeechobee, FL. When Wade was eight years old his mother remarried and relocated the family to Marietta, GA. Wade went through the rest of grade school there. After graduating high school, Wade attended NASCAR Technical Institute and became a mechanic for 7 years. Somewhere in there he fell in love with a woman who was untrue. Like many of his heroes, he turned to music to mend his broken heart. Wade began playing sad country cover songs at an open mic night until a new rule would not allow cover songs to be played. Wade only had one original, so he played that. The response from the crowd made him go home and write every day. He began playing the bar and club circuit throughout North GA. He started a band with some friends from the open mic nights and they opened for regional acts. With a few more heartaches and a lot of life lessons and shows under his belt, Wade packed up and moved to Nashville, TN in December of 2016 where he still lives today. Wade went back to Georgia to record his debut record with longtime friend Aaron Hill at his studio The Greenhouse Atlanta. The album is currently finding a home and will be released as soon as possible.